Report on our visit to Hadleigh Temple 13th April 2013

There were two major items from the SA repertoire. As yet another threat to world peace is brewing, the inclusion of Eric Ball’s Tone Poem ‘The Triumph of Peace’ was timely. Classical music was represented by RSA’s skilfully crafted ‘Melodies of Dvorak’. Its rendition contained some charming touches in the ‘Humoresque’ passage, and excitement was built up nicely in the succession of dances at the end of the selection.

Several ‘solo’ items were presented. Alan Moyes thoughtfully played ‘I’d rather have Jesus’ before the opening prayer, and the other cornetist, Darrell Scholes, negotiated the intricacies of the old favourite ‘Zelda’ with his usual bravura style.

The trombone section trod steadily along the yellow brick road in search of fine weather ‘Over the Rainbow’, and the Euphonium Solo ‘Euphony’ (Robert Redhead), played by Adrian Horwood, was technically the evening’s most difficult piece for both soloist and band, and it received a very creditable performance.

Vocal items were not neglected. Firstly ‘Sound the Battle Cry’ (Ray Bowes) with its strident brass introduction, and latterly Joy Webb’s ‘There will be God’, with Les Swift as soloist, which for some present must have been the highlight of the programme.

The remainder of the evening’s music consisted of two shorter SA classics. Wilfred Heaton’s meditation ‘Just as I am’ was played with due solemnity, and the programme concluded with Dean Goffin’s selection ‘To God be the Glory’.

The Trombone Section playing “Over The Rainbow” 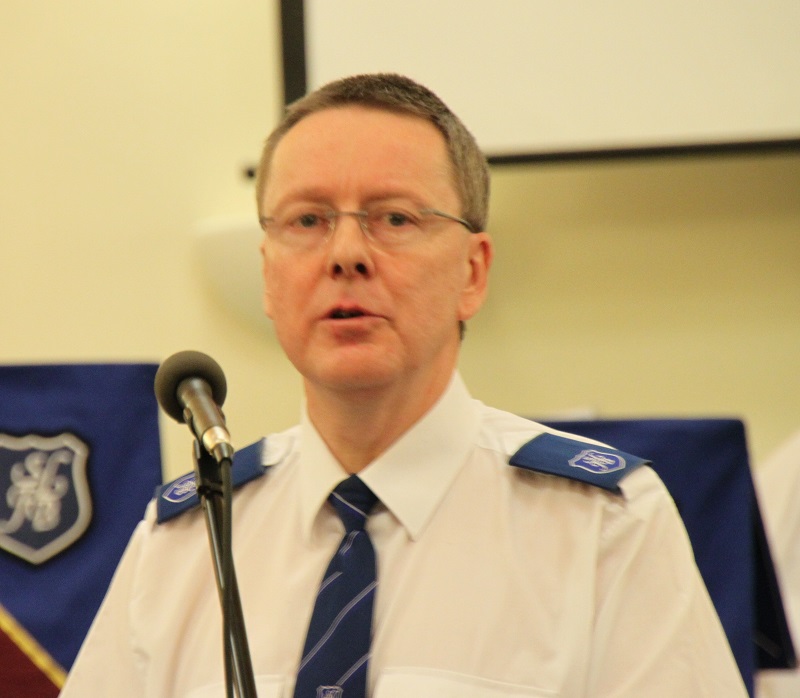 Stuart Gilbert with the Bible Reading and thought for the evening 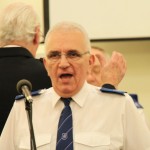 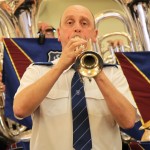 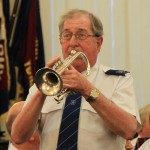 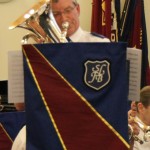